(To view our March/April 2018 issue of ClubWEST online, click here.) 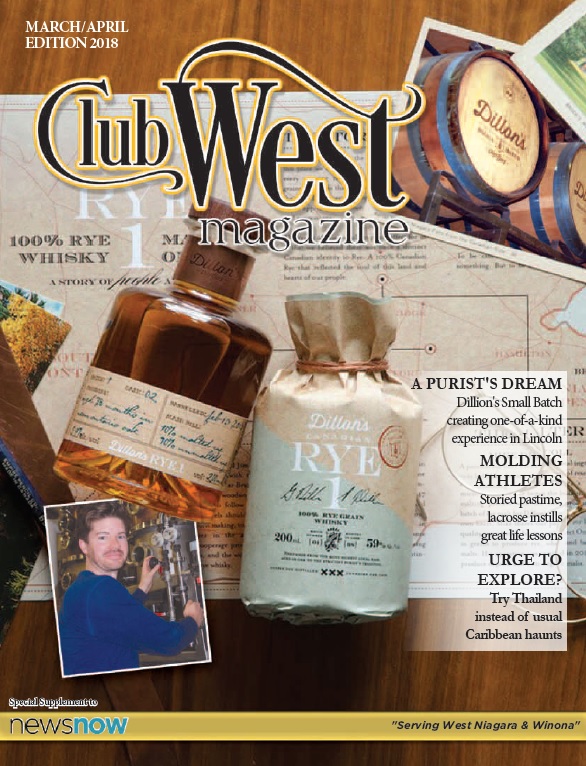 If you’re looking for a grind ’em up, spit ’em out attitude of winning at any cost in minor lacrosse, Grimsby native Jamie Taylor is decidedly not your man.

If you want your youngster to gain some experience, learn about the game and themselves along the way and be the best they can be on both fronts, then you will be glad you read the feature on the former National Lacrosse League journeyman. Taylor will be a new coach in the Lincoln Crush minor lacrosse system and he brings a wealth of experience to the table.

As a former number one draft pick and someone who made many stops along the trail of his pro career, he will have a lot of insight to offer his players and their parents.

Surprises come along. Taylor’s career was not planned. It was almost a fluke, really, as he started out as a hockey player but found his skills flatlined. When he started cross-training with lacrosse, he immediately took flight and didn’t look back.

The ability to read the tea leaves and adapt are key in the world of sports, just as it is in business.

This month’s cover story on the ongoing development of Dillon’s Small Batch Distillery is proof positive of that.

Geoff Dillon and family members sensed an opportunity, did their homework and launched their new business, which was quite likely the easy part but getting it up and moving forward is the more difficult, ongoing battle.

Dillon and his team has listened repeatedly to what the market has told them and continued to adapt their offering to interest varied consumer interests and tastes. Being a good lis- tener can serve you in good stead no matter what line of work one is in and Dillon’s has picked up on that, clearly.

Starting out just over six years ago in what was, essentially, a little used drive shed on Tufford Road at the South Service Road in Beamsville, massive renovation and fine tuning has culminated in a unique consumer experience for anyone who has stopped by.

As owner of a small, independent publishing company, I know all too well the perils and benefits of going the entrepre- neurial route. A winning concoction is one part energy, one part smarts, one part creativity and one part crazy. Put all in a blender, mix well with anything from Dillon’s and you’ll be well on your way. Just kidding.

The first three parts are true, though. Great respect to Team Dillon’s and continued success and, as well, for Taylor with his lacrosse charges.