(To view our March/April 2016 issue of ClubWEST online, click here.) 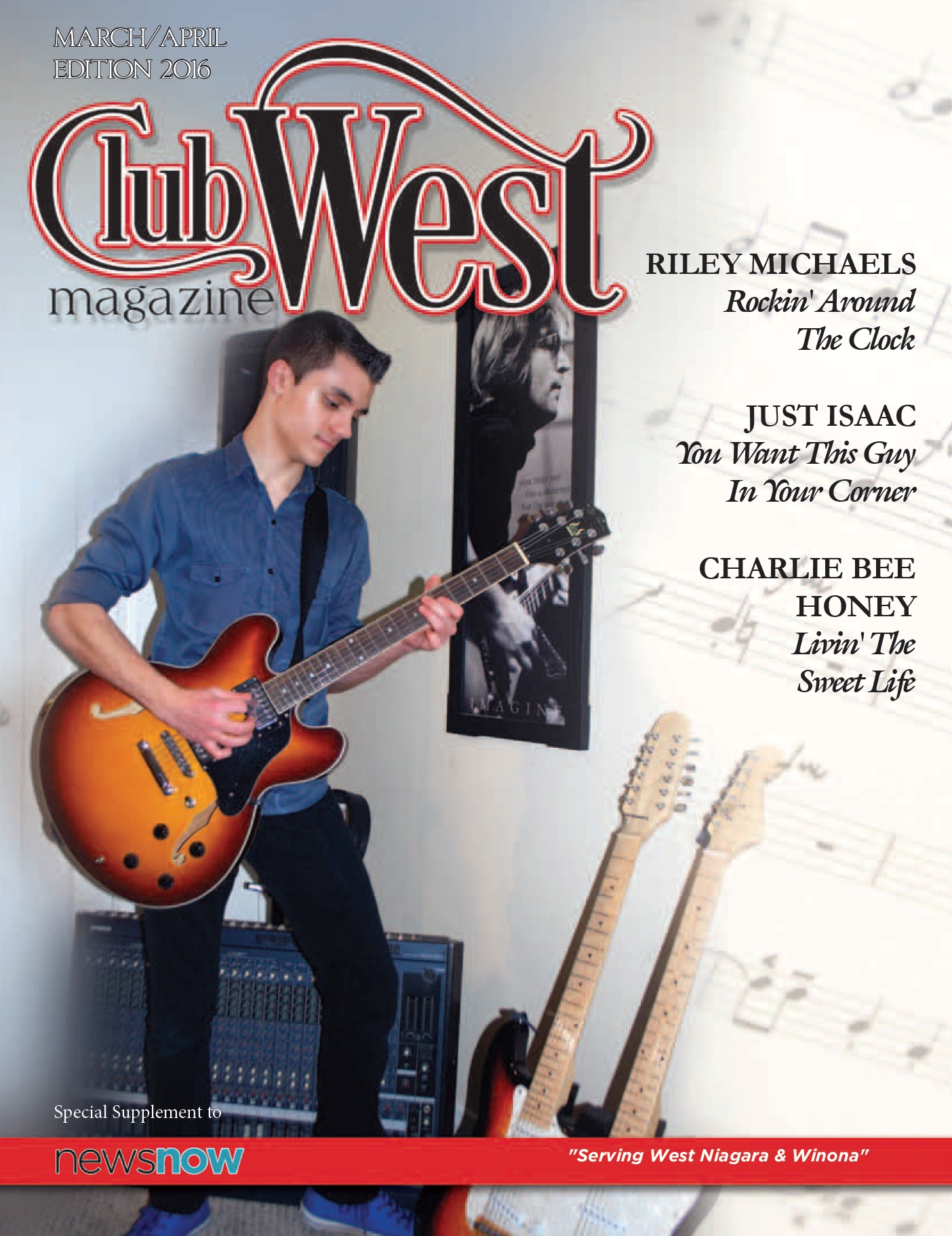 To have about 8,000 bee hives sitting around would be a lot to process for people passing by, particularly neighbours but if bee populations continue declining, it would seem logical to want those little buzzers close to home.

This dawned on me while chatting with Mike Parker at Charlie Bee Honey this month when shooting photos for the profile of his long-standing business.

There are several components which need to be in place to make the whole food supply chain work. Bees are part of that mix. Without them pollinating plants the problems which would quickly materialize are clear.

The problem there has been diagnosed as a pesticide which had a far greater sweeping effect than ever anticipated and its use has been legislated to terminate next year. The need for the lowly worker bee cannot be underestimated and neither can the efforts of unique entrepreneurs like the Parkers.

And speaking of effort, Beamsville has another sparkplug in Riley Michaels. The Grade 9 student at Blessed Trinity has been on a bit of a mission to make his interest in music transcend into a full-time career.

More power to him!

He is going about it the right way: learning he all he can both about music itself and from those involved in the industry already. If you like rock, as he does, having The Beatles and Led Zeppelin as a couple of foundation faves is not a bad way to go.

As well, he understands that if you do well you treat others around you as he would hope to be treated: karma if you will.

Riley and some musical cohorts will be performing a benefit concert for Convos Youth Centre tomorrow (March 4) to help out the place has liked to hang out at in recent years. Convos, in Conversations Cafe, hosts area youth looking for a safe, comfy spot to chill, play games or listen to music. The concert will double as a CD release party, too. Best wishes there, folks.

Similarly, “Just Isaac” Mitchell is another one with big aspirations, but his are much more diverse. A hip hop performer, workout guru, actor...this fellow has a lot going on with much of it based right in Grimsby.

This edition of ClubWest is just another example of the many and varied great story subjects right here in Niagara West under our collective noses. When I launched this magazine some wondered, “what will they put in it?” Well, the problem is what to leave out as we always have many more ideas than space will allow.