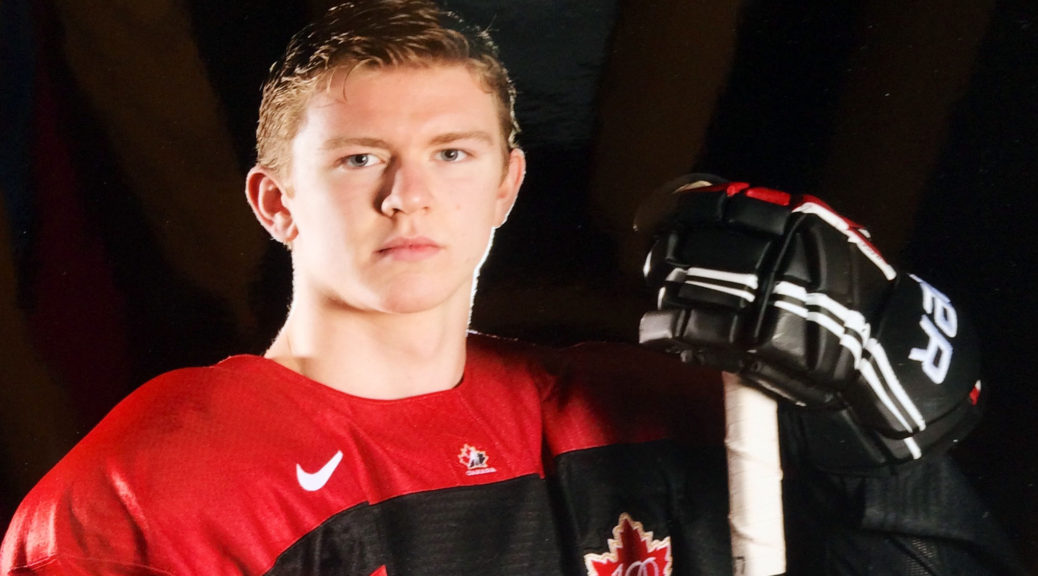 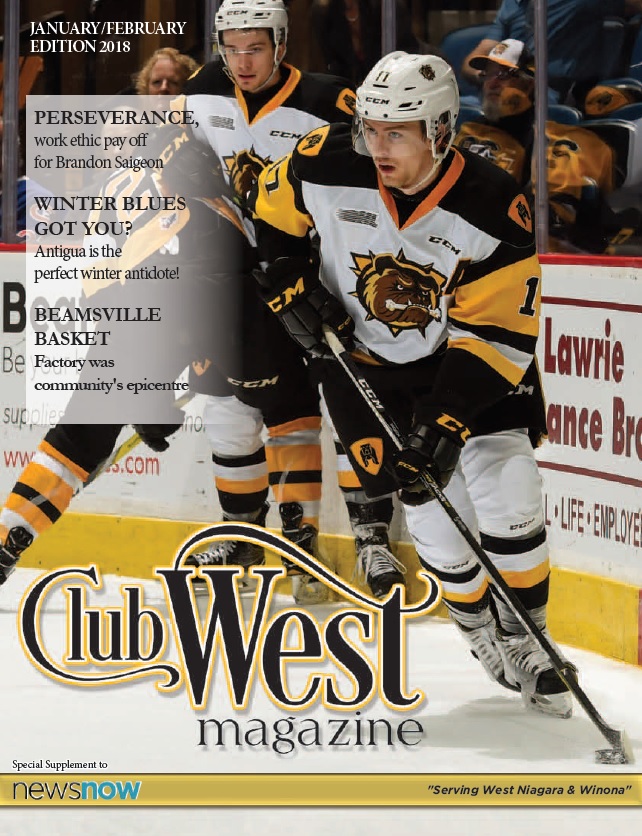 Brandon Saigeon wears #17 for the Major Junior Hamilton Bulldogs of the Ontario Hockey League, but his hometown Grimsby will always claim him as their own – and for lots of reasons that only start at centre ice.

Dynamic is a word sportswriters and scouts have used to describe his elite playing skills, competitive, driven, cerebral.

Off ice, he’s a thoughtful and respectful 19-year-old young man who measures every statement he makes to ensure it’s a nod of credit to the work of his entire team.

The Black and Gold went into the Christmas break on a five-game winning streak thanks to the 5-2 home-ice win Dec. 17 over the Peterborough Petes.

Hamilton’s powerplay was at work early in the first period. Ryan Moore scored to go ahead 1-0 and Saigeon also connected with the man advantage to make it 2-0 as the team cruised to the win.

Through 34 games, as of Christmas time, Saigeon leads the Bulldogs with 37 points, 17 of them goals. He also holds the top faceoff percentage on the team and leads the league in powerplay goals.

The Bulldogs wrapped up the first half of the regular season in first place in the East Division and first overall in the Eastern Conference. They’re in the thick of it and as of late December the Bulldogs stood with 48 points in 34 games with 21 wins and seven losses.

Predictions for the new year? Not taking a chance, Saigeon says with a smile – unwilling to jinx what has been a great start to the season – he’s just happy the hard work is paying off for the whole team and says there’s no other group of guys with which he would rather win.

“I’m working hard for the Bulldogs right now. The farther we go in playoffs the more NHL interest there will be throughout our whole team,” he said.

Serious injury tested the mettle of the young hockey star when his second year in the OHL was cut short by almost half the season when he broke both forearm bones, shattering the radius and ulna in his left arm in a January 2016 game against the Mississauga Steelheads.

But he’s back with his signature work ethic and the resiliency that runs through his DNA.

By the age of three, Saigeon was shooting rows of tennis balls in the driveway at his netminding grandfather, Wayne Saigeon.

And his dad, Brent, an athlete who played competitive tennis at the national and international level and was a member of the Canadian Jr. Team, removed the tennis net from the backyard court and replaced it with two hockey nets.

Saigeon credits the support of his dad and mom, Charlotta – another athlete in the family’s star lineup – for teaching him how to carry himself as a young athlete working to achieve his goals.

Charlotta was an Olympic swimmer and competed at the 1984 Summer Games in Los Angeles.

“My Dad went to the University of Houston Texas on a tennis scholarship and it was there he met my Mom who was studying on a swimming scholarship.”

“Whether it be shooting hundreds of pucks a night on our tennis court or running the hills at our local park for conditioning, he has always worked hard to get better.”

It’s a work ethic that has been passed down the family line. Says Brandon, “I think I got that edge earlier than most kids with my parents both being athletes and so supportive.”

To read the full article, click here for the January/February ClubWest online magazine.