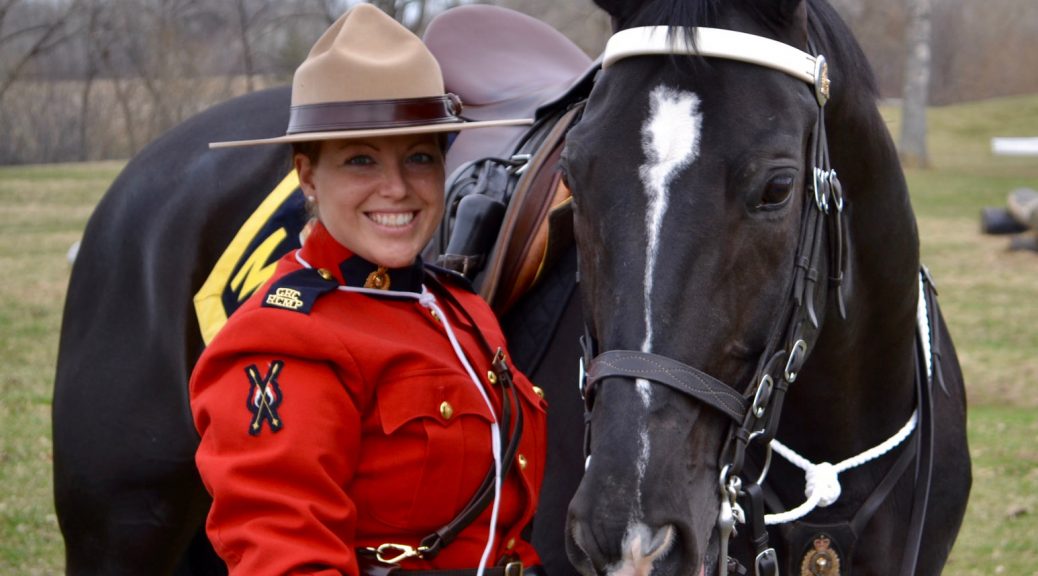 (To view our May/June 2016 issue of ClubWEST online, click here.)

There are two dates Lindsay Williamson has circled on her calendar.

She said she’s excited to perform in front of a large crowd of family and friends, noting it will be the highlight of her summer. She said she’s looking forward to showing people she knows the passion of the Ride, and being able to share it with them in her hometown.

“They’ve all heard about (the Ride), but a lot of them haven’t been able to see it firsthand.”

The red-coated Mountie riding a black horse has become one of the most internationally recognizable symbols of Canada.

When they were created in 1874, the RCMP’s predecessors, the North West Mounted Police (NWMP), were fashioned after the British military. As a result, part of their training included British cavalry drill. New members of the NWMP were regularly drilled in the art of cavalry maneuvers. First shown in public in 1887, these cavalry drills would evolve to become the modern RCMP Musical Ride.

The ride consists of the execution of a variety of intricate figures and cavalry drill choreographed to music.

Williamson was born in Grimsby, the youngest of three girls. She lived in Smithville as a youngster, as she and her sisters attended College Street Public School. The family moved to Grimsby the summer before she began Grade 9.

She was named the Grimsby Junior Citizen of the Year in 2004.

After graduating from GSS, she attended the University of Toronto where she was on the varsity track and field team and graduated in 2008 with a degree with a double major in criminology and health studies.

Williamson is currently continuing her studies with two courses remaining to obtain a masters degree with a focus on Work, Organization and Leadership through Athabasca University.

Top photo:
Cst. Lindsay Williamson and Wizard are ready to impress as part of the RCMP’s Musical Ride at West Niagara Fair Grounds this August.