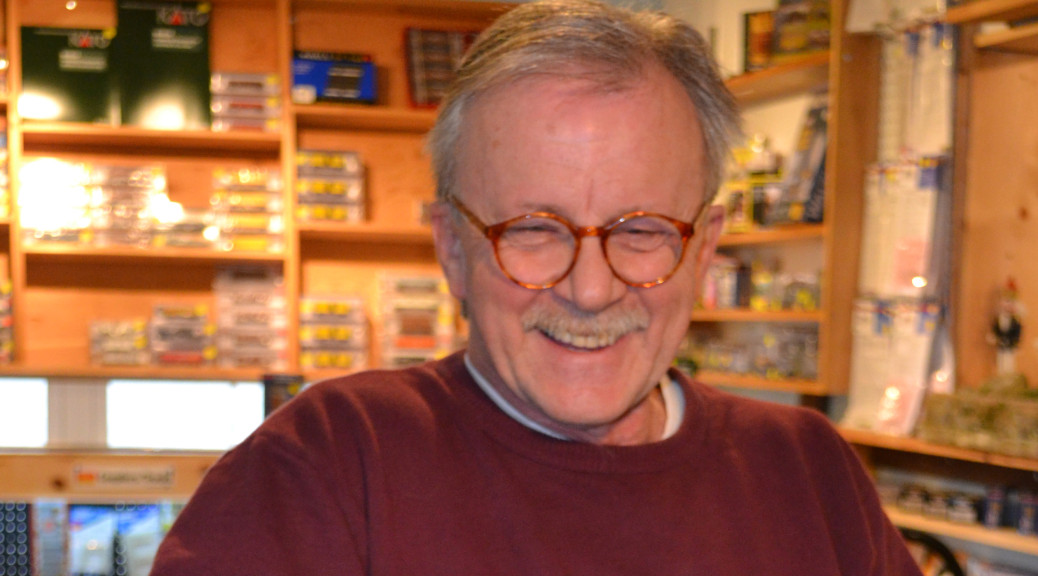 (To view our March/April 2015 issue of ClubWEST online, click here.)

When a little boy sees a train, it is a powerful and beautiful thing.

“And it moves but it doesn’t really come to life until you create the environment in which it moves,” says Peter Howey about the magic of trains.

Howey, owner of Just Train Crazy, had a moment like that when he was just a boy of about eight.

“My dad got a deal on a bunch of trains and proceeded to build an empire in my basement. My friends were envious.”

His Beamsville store carries all the elements needed to create a little magic in any basement – or train room.

Building model trains is the single biggest hobby in the world and its popularity is not just among little boys; men and women and little girls enjoy creating miniature worlds in which they can command the trains that roll along the tracks.

“We have some of the best, world-class modelers right here in the neighbourhood,” said Howey, adding some guys can get a bit obsessive about it, choosing a specific time period in history to recreate for example.