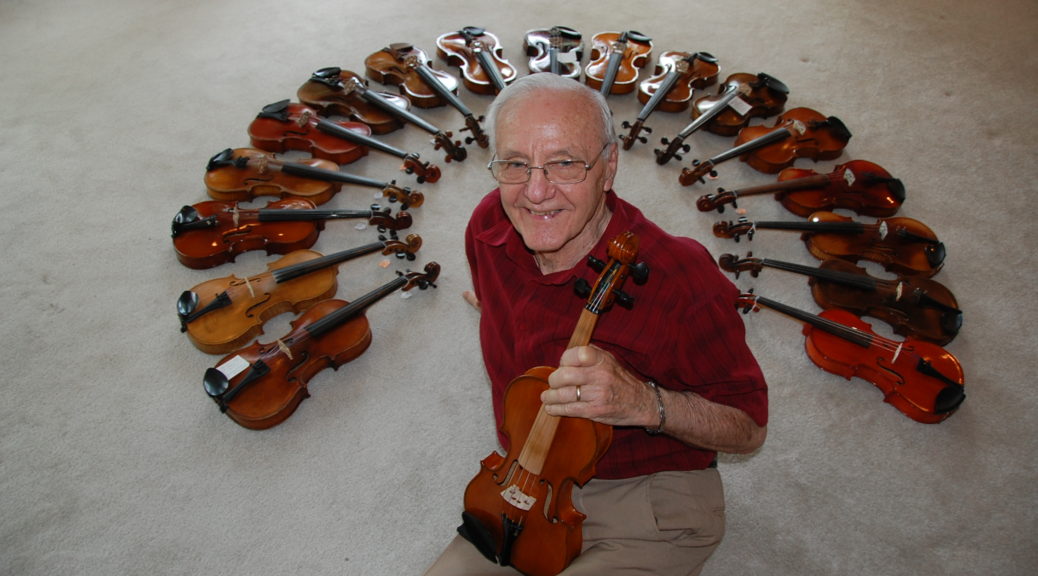 (To view our July/August 2017 issue of ClubWEST online, click here.)

Bill Marykuca’s bows will be treasured for years to come

Aphilosopher, fiddler, and bow maker with a Rube Goldberg bent, Bill Marykuca thinks outside the box and his innovative techniques for making bows give musicians the poetic power to make their instruments sing.

The accomplished Beamsville luthier will modestly tell you that what makes the violin sound good is a good player. But his musical colleagues tell a different story about what happens when a Guillaume bow meets the strings. 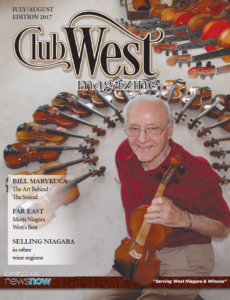 “When you put Bill’s bow to the fiddle and you hear the vibration….there is something unreal, something so special,” says Waterdown Jam Session organizer and fiddler Howard Alderson.

“There are very few people that have the ability to make fiddle bows.”

Technically, a bow is a tensioned stick which is strung with hair and used to pull across the strings of a musical instrument causing vibration which the instrument emits as sound.

Artistically, it is the very life breath of the instrument and every stroke can draw deep emotion from the soul of an audience. The key to great violin playing is in the bow.

Everyone is given gifts says Bill and it has been his joy to recognize his God-given gift and make it useful to other people.

It was also the gift of a new life for Bill when a brush with a rare and serious illness not only changed his life and marked the start of his bow making career, but became the signature name for his musical creations.

He was stricken with Guillame Barré Syndrome. It rendered him paralyzed and in hospital for one month followed by four months of therapy while he
recovered and learned to walk again.

It was 1990 and Bill at the time was an executive with Red-D-Arc, the company he had founded and built to international reputation through the decades.

Bill credits the creative and innovative team of people who helped him build his business from a single car garage in Hamilton in 1957 to its present location in Grimsby, now as the largest provider of welding and welding-related rental products and services in North America. And therein lies the Rube Goldberg reference. Bill, always an innovator, developed industrial patents in 14 countries.

For all the full article and more, click here for Club West Online.