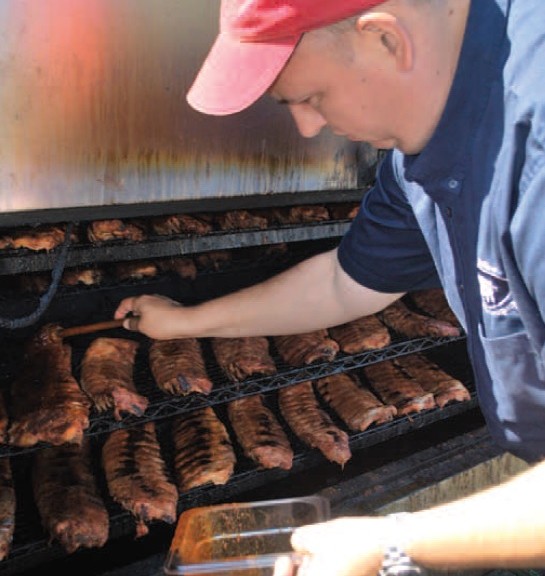 (To view our September/October 2015 issue of ClubWEST online, click here.)

In business, just as in life, sometimes the best deal you make is the one which does not come to fruition.

Such was the case for Lori and Steve Popp, owners of the highly successful Memphis Fire Barbecue Company in Winona.

It was in 2008 when the duo had decided, after years in different capacities in the restaurant industry, to try their hand at operating a food truck/catering business.

“We had a BBQ catering trailer build set up with a U.S. company that fell through. We searched for a Canadian company to do the same thing but the closest we could come on price was three times the original cost. We just could not afford that,” said Steve.

“We had been driving by this spot for 18 months so we thought, ‘why not give this place a try?’.”

Their theory, recalls Lori, “We would rather open the door for one person, rather than wait for a phone call to serve 100.”

While that circumstance led them to their Hwy. 8 location just west of Lewis Road, their venture into the world of southern barbecue started about a decade earlier.

The first turn of fate came while Steve was working at Mon Bijou, a fine dining restaurant in Burlington.