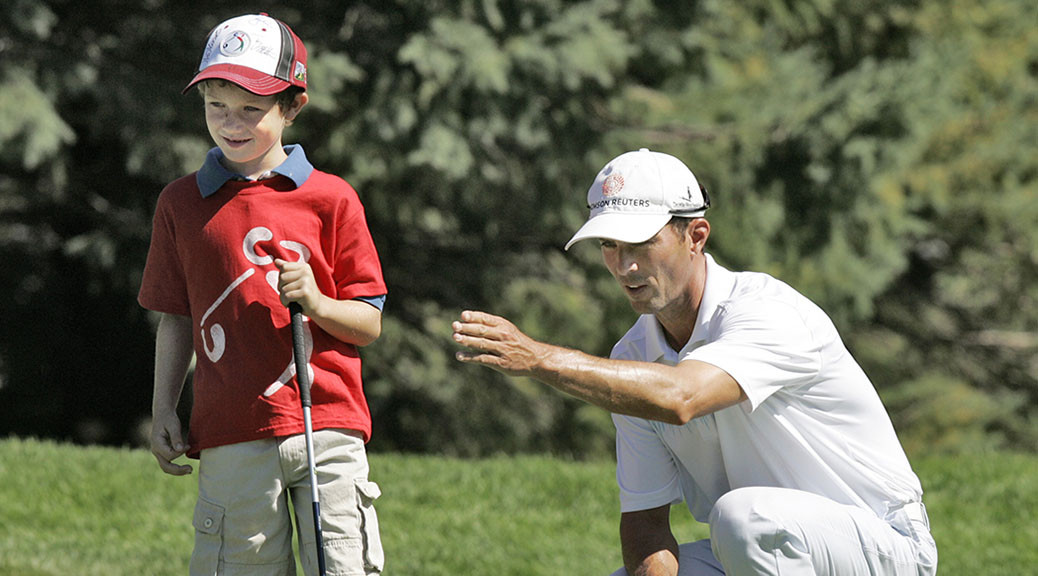 (To view our July/August 2014 issue of ClubWEST online, click here.)

An underlying but consistent characteristic in the life of Mike Weir has been passion.

“When he started out he told me when he was 14 years old he would play on the PGA (Professional Golf Association) Tour one day,” recalled Steve Bennett, affectionately known as The Guv by Weir and his family. It was Bennett who helped craft Weir’s game at an early age as the club pro at Huron Oaks in Weir’s hometown of Bright’s Grove, just outside Sarnia.

“As a junior golfer, Mike was always a step ahead of the others but he really wanted it more. He had a passion for it. He wanted to learn how to play the game.”

Fast forward about 35 years to Mike Weir, standing officially in what started out as Walters Estate Winery in the 1990s, then became EastDell Estate Winery, and now Mike Weir Winery, on a bright and sunny Saturday afternoon during a grand opening hosted in typical Mike Weir fashion, classy and personal. The June 21st opening was for family and friends only.

Weir, who cemented his fame capturing the 2003 Masters in Augusta, Ga., had the Order of Canada bestowed upon him in 2009.

The winery opening was the culmination of four years of development for a “winery” which had no home until now.

Weir Winery president, Barry Katzman, notes the organization took a very different tack to get to where they are.

“We started out in 2005 and developed a national wine sales program which has grown to sell 20,000 cases of wine per year before we even had a retail spot,” said Katzman, who noted the brand launched with help of Laura and Peter McCain at Creekside Winery.

“Most wineries follow a more typical route. They go retail first and then try to get into bars and restaurants as well as Vintages and such. The missing tooth in our smile has always been retail. We’re very fortunate. We think we have the best spot in Niagara.”