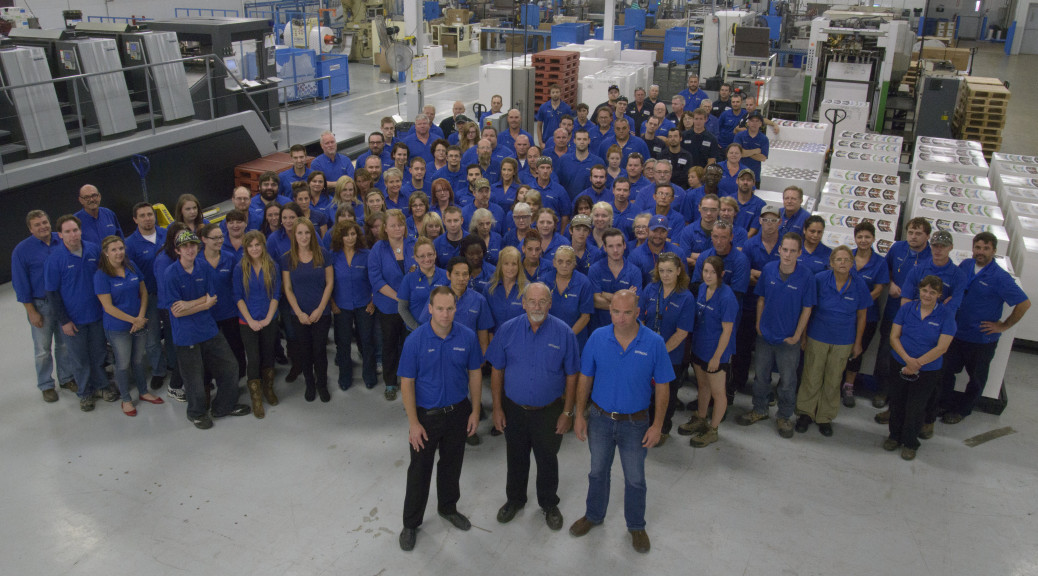 (To view our November/December 2015 issue of ClubWEST online, click here.)

When a business deal goes sour, it can often be said that an individual should make lemonade from the bag of lemons which was just acquired.

But what does one do when the bag they were just handed is opened to find nothing – not a single lemon?

“I was young (25) and had no experience, kind of stupid, really,” said Stanpac founder Steve Witt of the time in 1971 when he bought the company’s predecessor, then based in Burlington.

“I think I owned it for about 10 minutes before I realized it was in bad shape.”

The cornerstone of what was there was a simple cap for milk bottles. Using that as a base, combined with years of long hours and hard work, Witt’s company struggled to survive.

IN 1973, a change of location from Burlington was in order.

With that change came an eye to expansion as he knew diversification was the only way the company would not only survive, but grow.

Today, Stanpac is comprised of 400,000 sq. ft. of manufacturing space in Smithville’s industrial park – with another 37,000 sq ft currently under construction – and another 350,000 sq ft of space at their other operation in Texas.

That growth did not happen overnight. It was slow and steady over decades and there were some major potholes along the road to business success.

For many in the business world, 2008 conjures memories of financial devastation.

For Witt, that was certainly a strong possibility when he rolled the dice a second time purchasing part of Solo Cup Company, which manufactures disposable plastic products, among other items.

“That was a huge deal and really extended us. I knew it was a risk. What I didn’t know was it would happen right before the financial crash,” recalled Witt, which set off a period of extreme caution in the banking sector and made borrowing money for business deals, even strong deals, very difficult.

“We were in a great spot, buying up competitors and growing. We had expended into making glass bottles in 1990 by buying a mould to manufacture them. We had it all,” said Witt.

Other external factors put Stanpac in the right place at the right time, too, with milk prices dropping independent suppliers were forced to sell to large corporations.

“We were organic before organic was cool,” said Witt.