(To view our July/August 2015 issue of ClubWEST online, click here.) 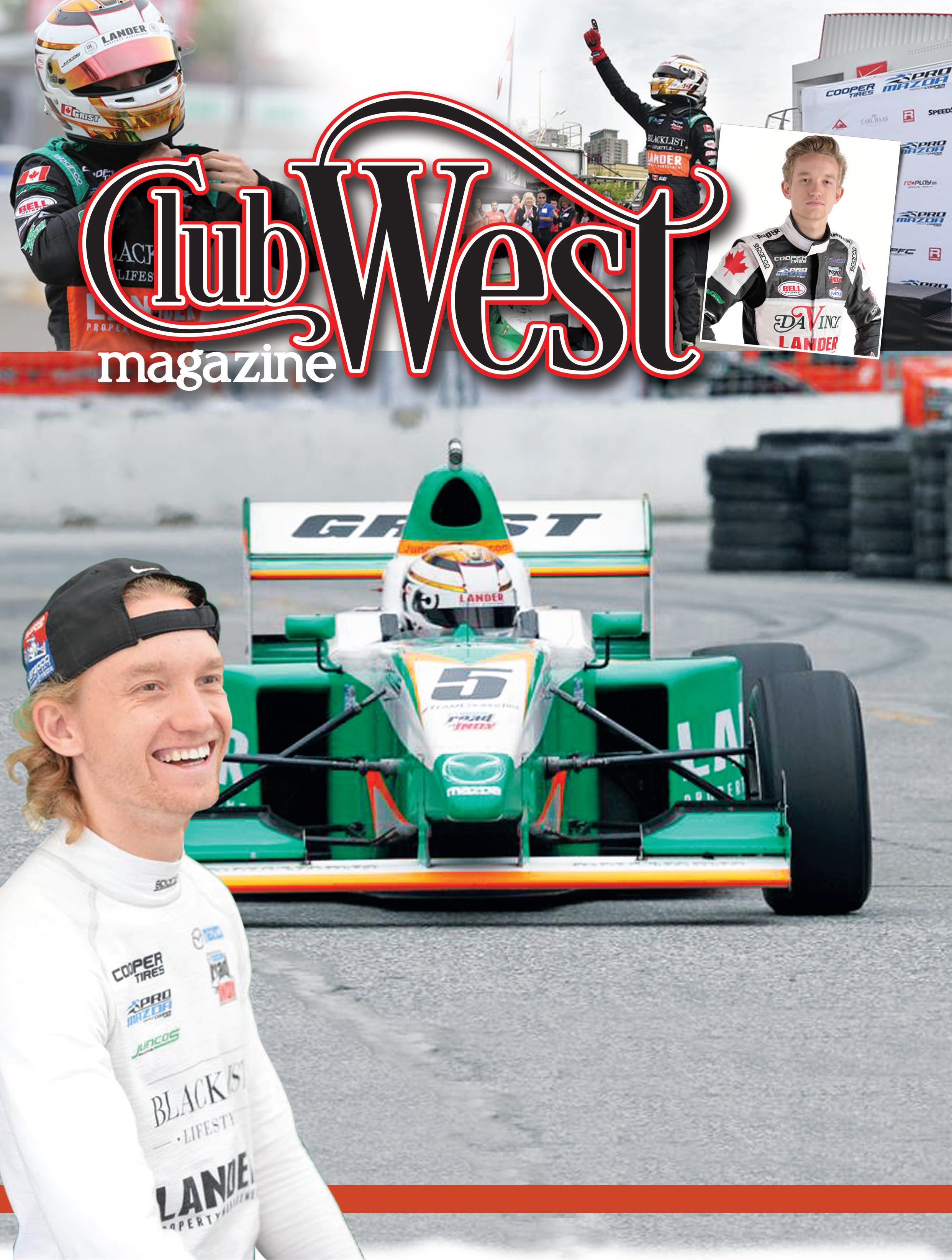 He had me at his first anecdote: needing to start a brand new job a day later than asked, after asking permission, so he could get married on Monday, June 10, 1972.

Gary Ricker was a walking, talking moment in West Lincoln history when he dropped by the township council chambers back in May to accept a token of appreciation after retiring from 41 years with the West Lincoln Fire Department.

It seemed Gary had stopped by to see about a potential job in the Caistor works yard as a truck driver and ended up being offered a position on the spot. Only problem was he had already set that date as his wedding day. It all worked out.

He started a day late, got married and is still married to his bride, Dawn, today.

The man has a great memory and can spin a yarn…a great combination for a feature story subject. I hope you enjoy hearing his tale, as much as I did speaking to him about it.

Then you toss one Garett Grist into the mix, and you have a very different recipe.

The 20-year-old Grimsby lad is movin’ on up in the auto racing world and we wish him nothing but luck on his life’s path which he hopes speeds him through the fast lane to the highest levels of racing in North America.

And a note of appreciation must go to former Grimsby resident and neighbour of the Grists on Kennedy Avenue, Bob Brooks, for connecting me to Garett. I’ve known Bob for many years and he dropped in to chat in mid-June touting the exploits of Garett. Bing, bang, boom and we were all set for another great story of a local kid doing well.

Simply put, these are the stories of which we just cannot get enough.

This edition marks the first anniversary for ClubWEST. In that year, I believe we have delivered on everything we set out to do: provide our readers with the best feature stories and photography on people, activities, pursuits and items of historical significance. And when we say ClubWEST will hit the street the first Thursday of every month it is due, you better believe that deadline will be honoured.

We love portraying people’s stories and it is clear after one year that our readers love this publication. Readers have jumped on board and taken ownership of this little book. That is clear from the number of people I get coming in with tidbits and story ideas they think are ClubWEST worthy. That occurred to me when Bob Brooks was in our office.

This type of connection to readers and the community it not something we take for granted. We deeply appreciate it.